In the past few years, many people have found 3D printing via gaming. With an amazing array of miniature sculpts, expansive terrain for wargames, or luxury tokens, tiles, and accessories for board games,  there are many reasons that gamers have been using 3D printers to build out their games.

Here at Plastic Alchemy, we fell in love with the ability to create our own game designs using these amazing machines. We believe 3D printing is a medium for games, not just a manufacturing method, and in this short blog series, we want to share how you too can design games with 3D Printing in mind.

Over the course of a few articles, we'll run through how to develop your own concepts, explore mechanics for design, look at creating your first prototype, and how to test ideas. We'll also be discussing how to design specifically for 3D printing, along the way sharing projects and ideas we can see for 3D printing and games!

Here's what you can find in this first article:

A game concept can come from many avenues be it a theme or time period, a game mechanic, a twist on an existing design, a piece of literature or film... only you know truly where to begin.  Youtuber New Board Game Design suggests "Design for a feeling you want players throughout the game"

This is a great way to begin a concept, rather than getting lost in jargon or storytelling. Here are some examples:

Mistrust? Players must cooperate to win but also can't be trusted, creating a tense, social game that focuses on the players themselves.

Wonder? Core experience of exploration and surprise, as players find new items, narrative, and mechanics as they play.

Tension? Planning each move, players carefully consider the implications of their opponent's moves and their own.

Whatever you decide, the focus is very important. Honing in on 3 things for the game to do well is better than jamming 10 ideas into one design.

Define your starting point by thinking about the theme and feelings to evoke. This will form a strong base of ideas to return to when experimenting ahead.

When considering 3D printing early in this concept phase,  keep in mind the use of objects in the game, ensuring their purpose and function.

You might want to create beautiful models that allow the theme to flourish, embuing the game with tactile elements that add personality and flair.

Functional designs used to facilitate mechanisms will also be important - hiding information, tracking resources, fired as projectiles, interlocking puzzle pieces, or defining the board, these are all valid and interesting ways to use 3D models in your game!

Over time, game designers have established a unique language to describe the inner workings of their games, the cogs that make them tick.

This is a huge topic with entire websites devoted to it, and sofar too much to cover in this series.  Instead, we're going to highlight mechanisms we believe provide an opportunity for new games with 3D printing and digital files. Below, area few common mechanics, examples of their use in popular games, and how they could be used with 3DP.

As pattern recognition machines, humans are very good at collecting sets. The basic premise is that a set is a collection of items that are valued is greater than the sum of its parts. It's one of the most common mechanics in all of gaming and has many uses, just as it's the real-world counterpart.

ie. Risk - Collect cards with 3 of the same symbol to trade in for additional reinforcements

Wingspan - Collect cards that have synergies and bonuses linked with each other, granting victory points and bonuses.

3D Printing - Where most games will use cards for set collection, there exist many opportunities to create a variety of objects that serve a similar purpose in a game.

Imagine a game themed on collecting sets of animals for 'Noah's Arch' but the animals are inside a felt bag. Each player has 5 seconds to reach into a bag and find a matching animal. Set collection using your sense of touch!

ie. Chess (Perfect Information) - Both players can see the entire board, with no information missing.

Poker (Imperfect Information) - Players can see their hand and make a judgment of its value, but do not know the value of other players' hands.

3D Printing - The ability to encode or hide information within 3D objects, containers, and tokens, provides an opportunity to create complex social interactions including bluffing, auctions, and more.

Imagine 3D printing tokens by swapping filament halfway, creating a split color object that hides information depending on which face it's placed on. Within a game where players place these tokens in pools and bid for them in an auction. The variety of designs can create new challenges and mental puzzles to solve, with room for bluffing, bargaining, and other social interactions.

Games where players choose a path to develop new actions, items, and bonuses within the game. Each path offers benefits and downsides, each balanced against each other.  This mechanism provides lots of replayability as players explore new strategies within each path they choose.

3D Printing - On purely an aesthetic level, the ability to design pieces to represent these paths can create beautiful games, as demonstrated by accessories for games like Sythe or Terraforming Mars. It also offers the ability to design and distribute new paths and associated objects, further extending the replayability and visual look of the game. Remember unlocking a new building in PC games like Civilisation or Command & Conquer -  now imagine it in your hands!

Collectible games come in all shapes and sizes.  With so many options to choose from, no deck or army is the same, giving players a strong sense of ownership over their playstyle and assembled strategy. Their nature means the game is always evolving over time, with new content for players to learn and experiment with.

Magic the Gathering - The original collectible card game, Magic's catalog of over 40,000 cards has endless combinations of cards for players to assemble their deck

The first is scarcity, the idea of creating 'rare' STL files and cards that are hard to find and collect.

The second is distribution. 3D printing can offer a wide variety of items but with digital distribution, it opens up avenues to develop new content and give to players easily.  Many of us in 3D printing have been blown away by this shift in the industry - now imagine you have an STL that only 9 other people own!

Check out our Kickstarter for more of these minis and cards!

For those of you interested to delve further into game mechanics, we highly recommend reading Building Blocks of Tabletop Game Design a fantastic book written by Geoffrey Engelstein that offers the most comprehensive breakdown of the inner mechanisms of tabletop games.

You may also enjoy the Ludology podcasts, that has been running for over 10 years with hundreds of episodes!

Finally, the GDC channel on Youtube has some awesome talks about game design in general.

Here are two designs we want to share, from us and our friends that are either in development or completed, using 3D printing as a medium.

We'd love to see what you come up with too,  so don't be shy to drop a comment and share your ideas!

3D Printing - Using a collection of modular tiles for villages, traps, and other locations, the map for changes for each game. It's also been discussed the idea of having models for each collected ingredient as tokens that can be bartered, stolen, hidden, and more.

We really want them to work on this one further - in case you can't tell!

This one is our own, Kordran Conflict, currently LIVE ON KICKSTARTER

For Kordran Conflict, we had 3 design goals in mind:

- A tactical game with miniatures, that felt 'chess-like' in positioning and strategy

- Fast-paced battles played in rounds, rather than a single drawn-out game

Theme - A distant planet consisting of several warring factions for control of its single continent, Kordra.

3D Printing - By combining a number of ideas from collectible games, Kordran Conflict brings a variety of units to 3D print and collects within the game's universe. We have plenty of ideas in the locker for world maps and more!

Right folks, that's it for this first in the series.

Next time, we'll detail how to create your first prototype, design new objects for your game and how to effectively playtest & troubleshoot issues in your design. We hope this has got you thinking about all the possibilities in this amazing playground of ideas! 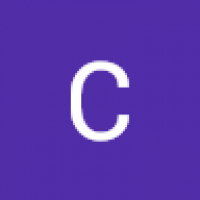 Boardgame Bling: Deluxifying Your Collection with a 3D Printer 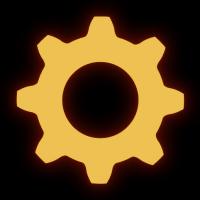 3D Printable models for your tabletop games in my project. 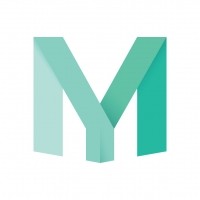 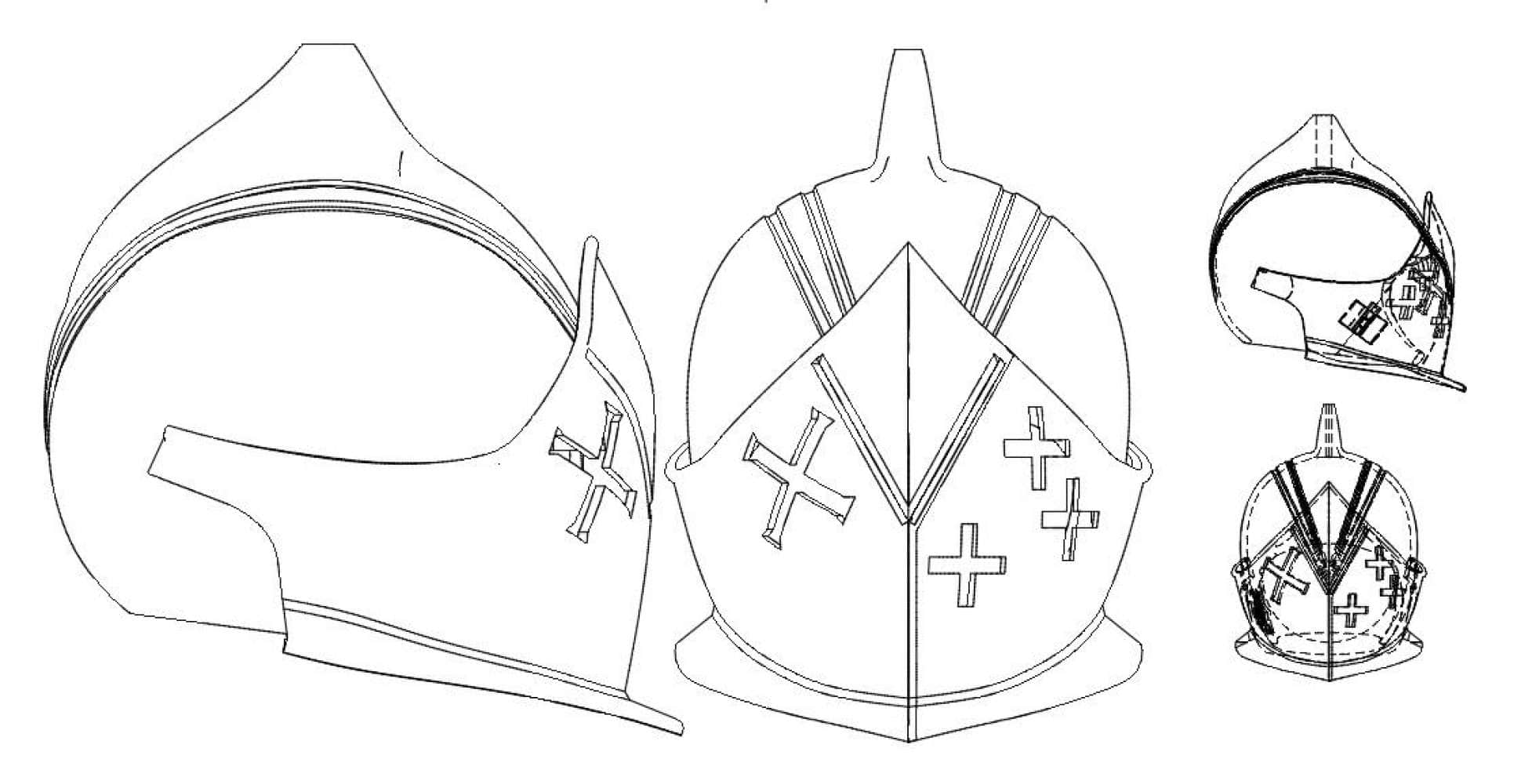 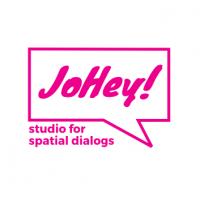 An ergonomic desk out of the 3d printer