Designer Interview: Get to Know Printed Obsession and his Latest Collection - Heaven Hath No Fury

Printed Obsession, or c4th, is one of the many incredibly talented designers with a large host of 3D printer designs and 3D printable miniatures available on MyMiniFactory.

Printed Obsession was one of the first designers to showcase and promote his models on MyMiniFactory when he started using the platform in 2013. It’s been a real pleasure to watch him grow as a designer and his constant contributions to the platform provide the community with awesome 3D printing files.

We managed to get a chance to have a chat with the man behind the print, the talented Morgan Morey, better known here as Printed Obsession, to get some insight into why he began creating his 3D printing designs and the creative process from start to finish. You may find some inspiration for your own 3D designing here...

What motivated you to start designing your 3D printable models?

Honestly, my parents. Both are artists so it was encouraged from day one. I wouldn't have it any other way. though it's a far cry from the plasticine and clay I used in my youth compared to the digital tools I use now.

Where do you draw inspiration for your 3D designs?

Most of my inspiration comes from either looking at references for some design details or just doodling until I come up with something I like. I try to add a little of the practical with the fantastical, though most design decisions boil down to... Does it look cool?

What’s your favorite design you’ve created and why?

My favorite design to date has to be the Harbinger. That was a monster of design work. 10 wings, 6 arms and a ridiculous amount of cloth. Nonetheless, it was a very satisfying piece to make. It would definitely make for a fantastic end campaign boss.

What advice would you give to someone who is just starting out designing 3D printable models?

My advice would be to do what makes you happy. Just keep sculpting for yourself and people will come to see what you make. That way, you only have yourself to answer to. Do what you want, not what everyone else does or wants you to do. Or at least take what’s common and popular and put your own spin on it. make it your own.

What's your preferred software and techniques to use when 3D modeling?

ZBrush. It is king, nothing compares.

I suppose the best technique I’ve shown a few who have asked that is to make sure you work in many parts. Meaning, try not to sculpt everything from one mesh. So for example, to sculpt an eye you'll want the eyeball, the upper and lower lids as well as the eyelashes or shapes that form them in the case of manga-style work, and then the surround of the socket. I'm releasing weekly videos on my youtube channel so that you can get to know my design process.

What is the next big thing we should be waiting for from you?

The next big thing I'm working on is colored miniatures and models. It's the future of the craft and I'm sure will make models more accessible to those who just want a finished piece of art rather than a kit. Besides, it's really cool to get something colored through the post.

In alignment with the release of the highly sought after Heaven Hath No Fury bundle, we wanted to provide you with more insight behind the designs and what they mean to Morgan.

So actually, I had run Hell Hath No Fury through Kickstarter, and when the campaign was over, I ran an exit poll for backers to see what they wanted me to design next. The idea for Heaven Hath No Fury was brought to me by the community, and since it's what everyone wanted, I rolled with it and Heaven Hath was born!

What is your favorite model from the Heaven Hath No Fury collection and what inspired the model?

Hehe the High Paladin Dantioch. He's actually my old D&D character. We were part of a two year campaign that really solidified the character in my mind so the model was an easy make and I enjoyed every minute of his sculpt.

What was the most challenging part of designing the collection?

The most challenging model would have to be the Harbinger. 10 wings 6 arms and a mass of cloth it was an organizational nightmare. BUT it is the finest model in the set and definitely a contender for one of the most intimidating in the community!

How did you know when you were finished or how many models you would produce?

One thing I learned from Hell Hath was that organization is key. So in Heaven Hath, I had most of the models planned out before I started sculpting. At least in their broadest strokes. I knew what models were done, what needed doing and what I was planning after some fairly extensive research into all things celestial.

How do you envision these models to fit into a campaign? Is there one you see as more a villain or hero or anti hero than any other?

So for a campaign, I would probably string in the idea that even good will perform evil acts if it's for the greater good. That's the thing about these models - the death of one to save the 100's. Give the players a moral choice and they either have to accept to stay in good faith OR give them a choice that they must stand against, even though in a celestial's eyes it tears them with the same brush. A good DM could have the players siding with the forces of hell if they skewed their perceptions in the right way...

What kind of 3D printable models do you like? Printed Obsession has an incredible range, from Overwatch and Star Wars to a huge selection of minis for your tabletop campaigns and more. Check out Morgan’s profile here and let us know your favorite of his 3D printer designs below! 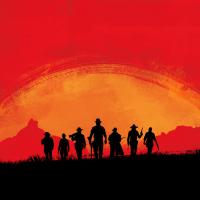 Designer Interview: A Conversation with PollyGrimm - The Value of Detail

Interview with The Hunt museum

Top Designs from the Latest Designers in the Community