Scan the World China: Unveiling the Complexities of the Middle Kingdom

Art and Culture are to be empowered with life and gently tell people stories from a far-away land.

Digitization of cultural heritage as 3D objects enables distribution, education, anthropological investigation and preservation of these cultural elements for archival purposes. Here we introduce a new initiative, Scan the World China, which is being steered by Rainy Yu Guan. Below are her thoughts and ambitions for sharing the rich and diverse cultural heritage throughout China.

Through Scan the World China, Rainy, Teresa Wu and anyone who wishes to collaborate with them can share and narrate their own culture, in contrast to the often colonial nature of cultural heritage conservation and curation in the past. The 3D scanning process for Scan The World China is enabled through photogrammetry. This is the process whereby objects are photographed from all angles with just a smartphone or digital camera. The images are then processed into a 3D model, which can be shared and printed.

Why Scan The World China?

Artistic and cultural objects are lying there silently, with hidden stories yet to be unveiled. As a Chinese person who has long been passionate about cultural and artistic interpretation, Scan the World China has given me the opportunity to help develop a brave new world of understanding art.

Scan The World China is a very ambitious project. China has had a rich artistic and cultural history for over 3,000 years, and this artistic culture has been as diverse as China is large. This massive land has a wide variety of distinct landforms, with spectacular highlands in the west, beautiful plateaus in the center, and a stunning combination of mountains and rivers in the south. This great geographical diversity has enabled different arts and cultures to grow solitarily and peacefully in their own small areas, and sometimes within lesser-known minority groups, for thousands of years.

A huge number of travelers who are interested and intrigued by the mysteries of China’s varied cultures have come all the way from around the world, visiting different places and touching the objects of China’s cultural heritage in person. However, there are far more people who do not have the chance to see the far-away East Asia as closely. Objects displayed in Western museums and galleries are very limited and looking at two-dimensional pictures of objects in books can never satisfy a heart thirsty for an in-depth exploration of culture and art. All this has motivated me to help break that limit. With Scan The World China, I am very glad to carry out the ambition of “unveiling the complexities of the Middle Kingdom”.

I am Rainy Yu Guan, the project director. I have always had a strong interest and passion in finding beauty from diversity. I have always been fascinated by how amazingly diverse Chinese culture and art is, but am dissatisfied with how limited big museums and galleries are as a medium of telling interesting stories. With the belief that art and culture should be there for enlightening and creative communication between different countries and civilizations, I joined Scan the World, which shares the same vision.

Teresa Wu, the development director, is my close friend from childhood. Teresa has been a social researcher and worker for almost ten years. Taking field trips to small towns and minority villages all around China over these years, she has kept closely interacting and connecting with local people who were born and raised up in every distinct culture. She holds the belief that understanding a remote society by learning the perspectives of its own people is critical for respecting and appreciating non-canonical culture and art. She was thrilled when I approached her with the idea of Scan the World, and she was very keen to develop her social vision of minority art and culture further with the team.

What Do We Strive to Achieve?

The appreciation of an artistic object is multi-dimensional. It is about watching, touching, feeling, and most importantly, learning the stories behind it. The aim for the Scan the World China Project is to pave the way for democratizing our cultural heritage, sharing less well-known stories and enabling people from around the world to access China’s cultures and artworks deeply and vividly.

Considering the highly spread-out geographical distributions of cultural heritage throughout China, at this stage, I have decided to break Scan the World China down into four sections: A. North China, which has two focuses for now: the remains of ancient imperial China & Old Beijing lifestyle (老北京生活), with the possibility to go further into Confucian culture in Shandong province and a greater North middle China; B. northwest China: Unveiling the myths of the Silk Road; C. southwest China: Minorities in the mountains; D. southeast China: Singing, dancing, drinking, talking, eating, laughing…living.

The Remains of Ancient Imperial China

What were the core ideas underlying ancient imperial China? Power and authority. Different sculptures were used to symbolize the power of the emperor and only by understanding the underlying history and culture can you understand why these objects were ever so “powerful”.

Peking operas, tea houses, street arts, talkative people talking all the time…this is only a tiny fraction of the abundant old Beijing life.

Have you ever heard about the golden light that sparked over a desert in far west China? It was believed that the light was shed from a sacred Buddha in heaven. From around 366 AD, monks and merchants started to build Buddhist caves and statues and draw wall paintings along the road towards Western nations. What these people would never have expected is that their works have now become brilliant architectural achievements and coloured sculptures which represent the beautiful mysterious Buddhist art, fascinating the world for so many years.

Having grown up in the most mountainous area in China, I have witnessed how minority villagers have struggled in making a living without proper transport to cities, internet connection or any normal education. However, living in an isolated area has given them the peace and talent to develop their own unique distinct culture, including languages, traditions, architecture, jewelleries, music, instruments, clothes, etc. Why are they so amazing? Because, despite living in the same country, these people are different from me in so many ways.

What would it be like living in the richest and most international place in China since the beginning of the 20th century? Well, people enjoy their life! There is nothing wrong with seeking as much pleasure as possible in life. People are open-minded and generally happy. Apart from vibrant business, people sing and dance day and night, they drink, they eat nice food, they talk to everyone and they laugh a lot! This artistically reflects the most basic and fundamental meaning of life-- happiness.

The reality is that China is far more than just the above four sections. Appreciating culture and art needs patience and depth, so let’s be patient and follow the path of “scanning China” step by step, further and deeper.

If you would like to join our efforts, please let us know at scantheworld.china@xxx.com

Scan the World China expands our mission to share 3D printable sculpture and cultural heritage artefacts to democratize both cultural heritage and 3D printing technologies. This is in parallel to our Scan the World India project. As we work to digitize artefacts from various cultures, the importance of allowing people to share their cultural heritage becomes self-evident. Based on the fantastic narratives and ambitious objectives, Scan the World China is in good hands. Rainy has already provided us with some amazing 3D scans and highly informative narration to accompany them. The 3D models are available for printing on the MyMiniFactory website. Take a look! 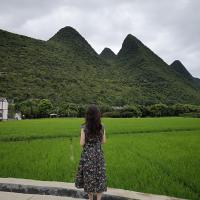 Scan The World China: unveiling the complexities of the Middle Kingdom

Scan The World . 2 years ago

Virtual trip to Austria with Scan The World