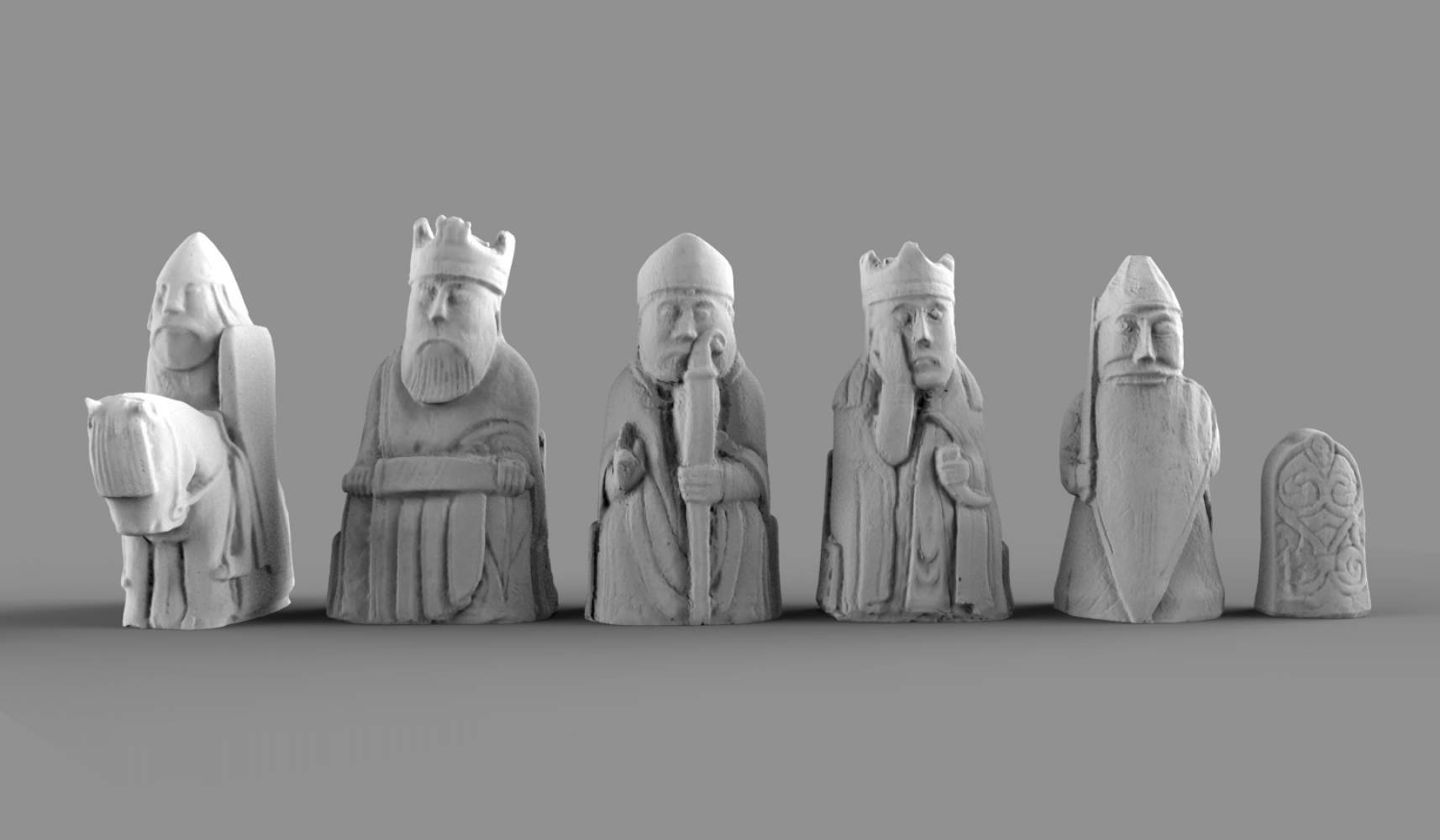 In the light of recent events in the art world, we will be looking at an object that almost escaped us. Auction houses like Sotheby’s and Christie’s usually make their lots available to the public eye for a few days before they get sold. They often take public cultural artefacts and put them in private hands, but these public viewings before auctions allow us to disrupt that tendency , as we can use our phones and cameras to scan the objects. Through photogrammetry, a method of making 3D objects out of photographs, we can then use the captured data to recreate these artefacts and make them accessible for free. The lengths we have to go through to do this lead us to question why we should not be allowed to access cultural objects easily, but at the moment we can relish in the fact that we have democratised technologies which allow us to share what is rightfully everyone’s.

We visited the Old Master Sculpture & Works of Art auction in London a few weeks ago to get our hands and cameras on the object everyone’s been talking about - the Lewis Chessman.

The 13th century Lewis Chessmen are one of the most prominent and popularised mementos of European medieval history and culture. With their age and importance in mind, the discovery of a new chessman from the collection seems like a miracle, and yet, it was just hiding in a drawer in Edinburgh.

Found in 1831 on the Isle of Lewis, the largest island of the Scottish Outer Hebrides, the original hoard contained 93 objects carved out of walrus ivory and whales’ teeth - 78 chess pieces (incomplete 4 sets), alongside 14 "tablemen" gaming pieces and a buckle. After being discovered on Lewis’s coastline (according to some tales, the hoard was uncovered by a grazing cow), the incredible find was presented to the Society of Antiquaries of Scotland in April 1831, who eventually sold it to an Edinburgh art dealer for £30. He discreetly sold 10 of them on, before reassuring Frederic Madden from the British Museum that the pieces should be bought and kept together, as they are more valuable that way. Those 10, and an additional piece that was acquired later, are now shown at the National Museum of Scotland, while the remaining 82 pieces truly remain together at the British Museum.

The origin and discovery of the chess pieces is surrounded by mysteries. Not only do we not know who brought them to the island or how - some suggest that the set was buried by a ship merchant who wanted to avoid tax, later accounts talk of them being hidden for different reasons or simply forgotten about - but we also do not know if any others were found and/or sold until their reveal in 1831 or even after. The North-Western Isles of Scotland belonged to the kingdom of Norway, so it is assumed that the chessmen are of Scandinavian origin, most likely made in Trondheim; Norwegians are known for carving gaming pieces in the 12th and 13th centuries and often using walrus ivory, as it was easily accessible from the animals’ breeding grounds in Iceland and Greenland.

A few months ago, an almost unbelievable story came up about another Chessman - one of the missing warders (equal to the modern day rook) - was discovered in Edinburgh. The family who owned it had no idea of its significance until they brought it in Sotheby’s for evaluation. It was originally bought in 1964 for 5£ by their grandfather, an antiques dealer. At the time tagged as a “Antique Walrus Tusk Warrior Chessman”, it’s been passed down to the dealer’s daughter and stayed carefully wrapped in a drawer for many years. It would sometimes be taken out and appreciated for its uniqueness, the family also described it as feeling very magical and full of history and stories. Despite looking rougher than the rest of the set, the warder is charming: very warrior-like, it is missing an eye, holding a shield and a sword, in a manner similar to the rest of the figures. After the piece got recognised by Alexander Kader, a Sotheby’s expert, it was kept secret for six months, until it was recently offered for sale as part of the auction.

The chessman, about 8.8 cm tall, was estimated at £600 000 - 1 000 000, and after a bidding battle between collectors, it was sold for £735 000, setting a world record for a medieval chess piece sold at auction. It is now also presumably going into a private collection and we can only hope that it gets the visibility and recognition it should. More likely than not, it will be a prized possession hidden in a vault, unavailable for the public eye, unlike its companions. Luckily, with the aid of democratised 3D technologies, we managed to scan the warder and it is now freely accessible, downloadable and printable here: