The Age of Bronze is a bronze statue by the French sculptor Auguste Rodin (1840–1917). The figure is of a life-size nude male, 72 in. (182.9 cm) high. Rodin continued to produce casts of the statue for several decades after it was modelled in 1876. When the statue was first exhibited at the 1877 Salon in Paris, France, Rodin was falsely accused of having made the statue by casting a living model, a charge that was vigorously denied. This charge benefited Rodin though, because people were so eager to see this for themselves. 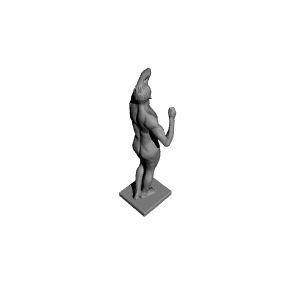