Often given the name 'The Weeping Burgher', this sculpture by Rodin decpits Andrieu d'Andres as he is lead to his death. 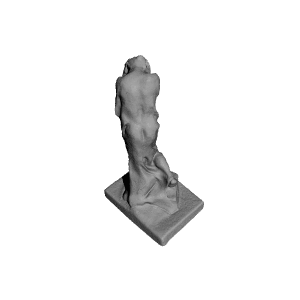 From my Rodin collection of prints. Incredible plasticity and unbelievable postures. I’m trying through earth tones and strong transitions to support the feeling of roughness and fragile imperfection transferred to me through these sculptures. Hope you enjoy! I always wondered how sculpts would look like if painted. This started when I was told that the sculpts in the metope of Parthenon where painted and what remains today is the decoloured marble after many ages.