In ancient Egyptian religion, Apis or Hapis, alternatively spelled Hapi-ankh, was a sacred bull worshiped in the Memphis region, identified as the son of Hathor, a primary deity in the pantheon of Ancient Egypt. Initially, he was assigned a significant role in her worship, being sacrificed and reborn. Later, Apis also served as an intermediary between humans and other powerful deities (originally Ptah, later Osiris, then Atum). 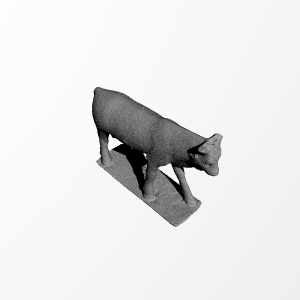 ×
0 collections where you can find Apis Bull Figurine 通过 HMANE