Roman copy from a Greek original.

Apollo is a common theme in Greek and Roman art and also in the art of the Renaissance. The earliest Greek word for a statue is "delight", and the sculptors tried to create forms which would inspire such guiding vision. Greek art puts into Apollo the highest degree of power and beauty that can be imagined. The sculptors derived this from observations on human beings, but they also embodied in concrete form, issues beyond the reach of ordinary thought.

The naked body of the statue is associated with the cult of the body that was essentially a religious activity. The muscular frame and limbs combined with slim waists indicate the Greek desire for health, and the physical capacity which was necessary in the hard Greek environment. The statue of Apollo embodies beauty, balance and inspire awe before the beauty of the world. 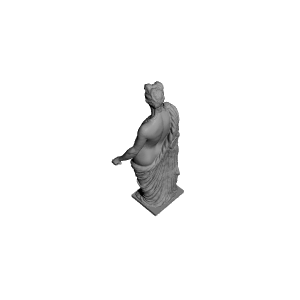 ×
3 collections where you can find Apollo 通过 Scan The World