Athena or Athene, often given the epithet Pallas, is the ancient Greek goddess of wisdom, handicraft, and war. In later times, Athena was syncretized with the Roman goddess Minerva.

From her origin as an Aegean palace goddess, Athena was regarded as the patron and protectress of various cities across Greece, particularly the city of Athens, from which she received her name. She was known as Polias and Poliouchos (derived from polis, meaning "city-state"), and her temples were usually located atop the fortified Acropolis in the central part of the city. The Parthenon on the Athenian Acropolis is dedicated to her. As the patron of craft and weaving, Athena was known as Ergane. She was also a warrior goddess, and was believed to lead soldiers into battle as Athena Promachos.

In ancient Greek literature, Athena is portrayed as the astute companion of heroes and as the patron goddess of heroic endeavour; in the Odyssey, she is the divine counselor to Odysseus, and she was believed to have also aided the hero Perseus. In Greek mythology, Athena was believed to have been born from the head of her father Zeus. She was known as Athena Parthenos ("Athena the Virgin"), but, in one archaic Attic myth, the god Hephaestus tried and failed to rape her, resulting in Gaia giving birth to Erichthonius. In the founding myth of Athens, Athena bested Poseidon in a competition over patronage of the city by creating the first olive tree. Along with Aphrodite and Hera, Athena was one of the three goddesses whose feud resulted in the beginning of the Trojan War. 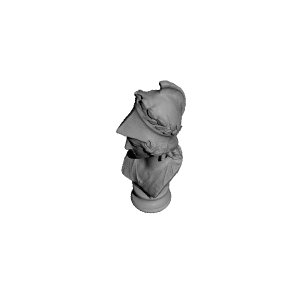