The sculpture dates back to around 220 BC. It had already been stolen from Greece in Roman times and taken to Italy. It was found in Rome in 1624. The original marble is housed in the Glyptotek (Germany) after it was acquired by Ludwig I from the Barberini Collection, where it took its name. 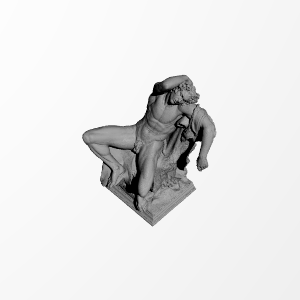