The sculpture dates back to around 220 BC. It had already been stolen from Greece in Roman times and taken to Italy. It was found in Rome in 1624. Ludwig I acquired it for the Glyptothek from the Barberini Collection. 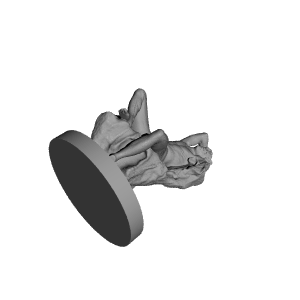