Bomberman is a strategic, maze-based video game franchise originally developed by Hudson Soft and currently owned by Konami. The prototype was published in 1983 and new games have been published at irregular intervals ever since. Today, Bomberman has featured in over 70 different games on numerous platforms (including all Nintendo platforms save for the 3DS and Wii U. One was planned for the 3DS, but was later cancelled), as well as several anime and manga. This franchise is one of the most commercially successful of all time. The most recent iteration, Super Bomberman R, was released in 2017 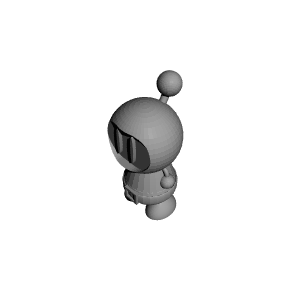 ×
0 collections where you can find Bomberman - (mini totem) 通过 bob.prints