Bust of a woman, "The Oxford Bust"

Bust of a woman, "The Oxford Bust"

This bust is a copy of an original marble housed at the Ashmolean Museum, Oxford (UK). The work is a 17th century pastiche, combining two Roman copies of Greek classical origins together.

The base, reminiscent of depictions of the Amazons, was used as reference for George Frederic Watts' 'The Wife of Pygmalion'. The head is believed to be a Roman version of a classical Aphrodite of Pheidian character (AD 50-200). The collective bust has been dubbed the "Oxford Bust" or, in some cases, identified as Sappho - though the bared breast does not suit the conception of Sappho. 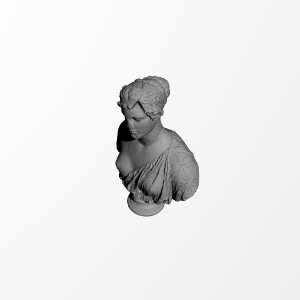 ×
0 collections where you can find Bust of a woman, "The Oxford Bust" 通过 SMK - Statens Museum for Kunst