Capital - The Story of Saint John the Baptist

Capital - The Story of Saint John the Baptist

Saint John the Baptist was the last of the prophets of Israel. He baptised Jesus and recognised him as the Messiah (the One who will save his people thanks to his convenant with God). He was imprisoned in a fortress for criticizing the incestuous marriage (prohibited by Jewish law) of Herod Antipas, ruler of Galilee, to Herodias, his brother's wife. During a banquet given in Herod's honour (main panel), Salome (his neice and stepdaughter, depicted on a short side panel) seduces him with a dance. As a reward, Herod promises her anything she wishes. Her mother, Herodias, seeking to take revenge on John the Baptist, asks her daughter to demand the prophet's death. John the Baptist appears below an architectural element on the second short panel. He is beheaded (the term "decollation" is sometimes used) and Salome brings her mother his head on a platter; this scene is depicted on the other main panel. 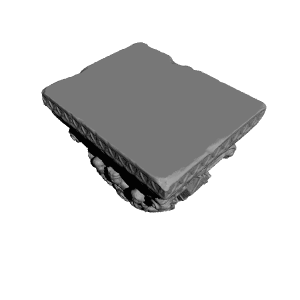