The Discobolus of Myron is a Greek sculpture that was completed toward the end of the Severe period, circa 460–450 BC. The original Greek bronze is lost but the work is known through numerous Roman copies, both full-scale ones in marble, which was cheaper than bronze, such as the first to be recovered, the Palombara Discobolus, and smaller scaled versions in bronze. 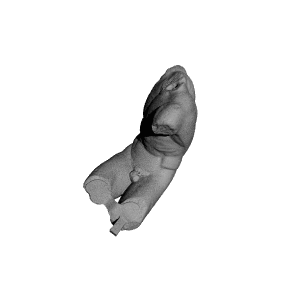 ×
0 collections where you can find Discobolus 通过 Musée Saint-Raymond