What Makes a Helicopter Fly?

Wings are curved on top and flatter on the bottom. This shape is called an airfoil. That shape makes air flow over the top faster than under the bottom. As a result, there is less air pressure on top of the wing. This makes the wing move up.

A helicopter's rotor blades are spinning wings that create lift. An airplane must fly fast to move enough air over its wings to provide lift. A helicopter moves air over its rotor by spinning its blades. The rotor makes the lift that carries the helicopter up.

Hold the Finger Spinner with the propeller up and the shaft in your right hand, between your middle finger and thumb. Grip it firmly and then make a quick snapping motion—much like snapping your fingers. Your Finger Spinner should spin counterclockwise.

NOTE: If you are left handed, follow the instructions above, but hold your Finger Spinner upside down when you snap! 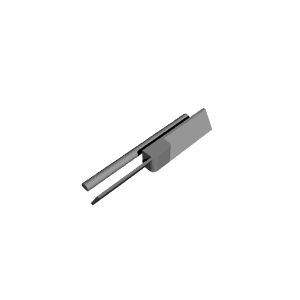