Fragment of a man's foot

Fragment of a man's foot

Roman sculptors came to master the art of monumental and massive statues. Mainly those were larger-than-life statues of emperors. Indeed, when Roman emperors began to claim divinity, they became the subject of colossal and idealised statues, often with the subject portrayed with an arm raised to the masses and striking an authoritative stance. However, towards the end of the Empire, sculpture of figures tended to lack proportion, heads especially were enlarged. 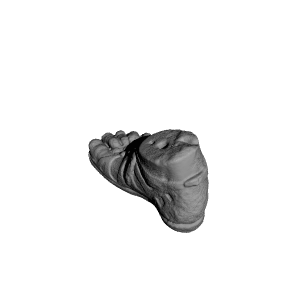