Funerary kouros statue carved from Parian marble, found in the area of the Mesogeia, Attica. He stooed atop the grave of a young Athenian aristocrat.

Aristodikos, whose name is carved on the base. The plasticity of the muscles, the movement of the arms and the vigor of the statue as a whole place it at the end of the series of kouroi. A landmark in the development of sculpture, it demonstrates the transition from late archaic to early Classical works. 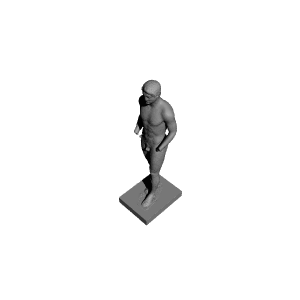