This is a funerary stela with a triangular pediment and epigram in three elegiac couplets written in the Ionic dialect and inscribed in eleven rows, This is a fine example of a funerary epigram in which the emotion and original language dominate. It refers to the eight-year-old Aphrodisia who was deeply adored for her pleasant personality and whose death left deep sorrow for her parents. The epigram ends with the salutation of a potential passer-by. The Cypriot epigrams are notable for their high intellectual wealth and confirm the close relations of the island with the rest of the greek world.

"In this sacred ground, I was meant to find eight-year-old Aphrodisia,, who was deeply adored for her pleasant allure, leaving mournful agony to the parents, which Hades surely doesn't take into account. But you who are present here, say "Farewell Charming Aphrodisia" and you may happily continue on your way."

The stele was discovered in Amathous. 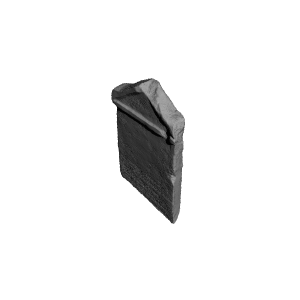