Galatian In The Act Of Falling

Galatian In The Act Of Falling

A Roman marble copy of a lost Hellenistic sculpture, originally thought to have been cast in bronze. The replica comes from the Antoninian age (the second half of the 2nd century B.C.), and has been restored in modern times. The statue is а one of three forming the group known as “The Grimani Galatians” (I Galati Grimani), a set of three sculptures depicting Gauls owned by Domenico Grimani, a 16th century nobleman and cardinal.

His collection now forms a part of the Musei Civici di Venezia in the Doge's Palace, found in Venice. 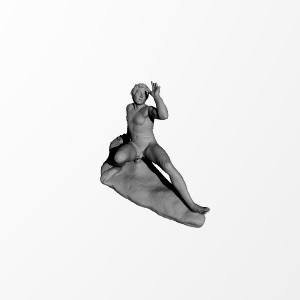