This sculpture portrays a woman praying. She is completelty covered from head to toe, a pure and most common religious garments. 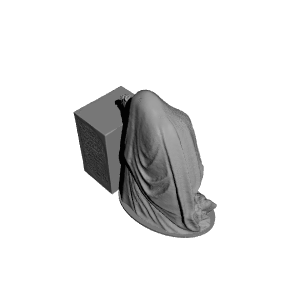