The far left figure of the group of four depicts a seductive man (an iconographic innovation) smiling and offering an apple to the virgins. Although he is handsome, his back is crawling with hideous reptiles. The virgins to his side have all dropped or lowered their lanterns, giving in to the devil. This virgin, from a group whose 'bridegroom' to the left depicts Christ, is shown as one of the wise virgins, with refined Classical beauty, safely holding their lanterns. 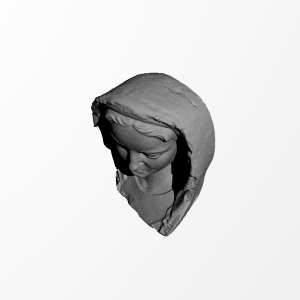