Henry IV (1553-1610) was the first French monarch of the House of Bourbon. Henry, baptized as Catholic but raised by a Protestant family, became known for displaying unusual religious tolerance for the era.

This cast originates from the Bibliotheque Sainte-Genevieve, Paris, and is belived to be a direct cast from his head after his decapitation in 1610. 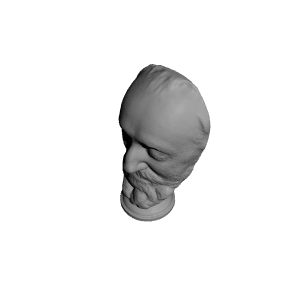