From 1889 onwards, Jules Dalou began to conceive a 'Monument to Workers'. Through visiting farms, mines and factories his artistic studies multiplied, both drawn and sculpted. In 1896 a model shows a column, with around its base twelve niches harbouring statues of workers, with at its summit a 'Peasant rolling up his sleeves'. The monument was never realised. In 1902, on Dalou's death, only the figure of the Peasant was finished. Exhibited posthumously, it remains impressive: avoiding the genre of a handsome athelete posed in the antique style, it presents a real peasant, with his body deformed by labour, captured while resting. His pose nevertheless remains noble and full of dignity. The scupltor, previously a communard and committed republican, managed to innovate while denouncing the alienation of man through labour. 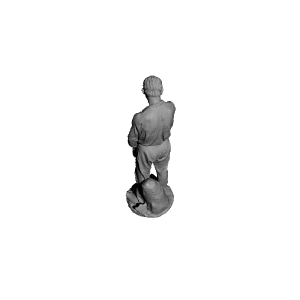 ×
2 collections where you can find Large Peasant at The Petit Palais, Paris 通过 Scan The World