Manneken Pis (literally Little Man Pee in Marols, a Dutch dialect spoken in Brussels, also known in French as le Petit Julien), is a famous Brussels landmark. It is a small bronze fountain sculpture depicting a naked little boy urinating into the fountain's basin. It was designed by Jerome Duquesnoy and put in place in 1618 or 1619. It bears a similar cultural significance as Copenhagen's Little Mermaid.

The 61 cm tall bronze statue on the corner of Rue de l'Etuve and Rue des Grands Carmes was made by Brussels sculptor Hieronimus Duquesnoy the Elder, father of the more famous Francois Duquesnoy. The figure has been repeadetly stolen, and the original version is kept at the Maison du Roi/Broodhuis on the Grand Place.

There are several legends behind this sculpture which makes it one of the most popular pieces of art in Brussels, but the most famous is the one about Duke Godfrey III of Leuven. In 1142, the troops of this two-year-old lord were battling against the troops of the Berthouts, the lords of Grimbergen, in Ransbeke (now Neder-Over-Heembeek). The troops put the infant lord in a basket and hung it in a tree to encourage them. From there, the boy urinated on the troops of the Berthouts, who eventually lost the battle. You can read more about the sculpture here! 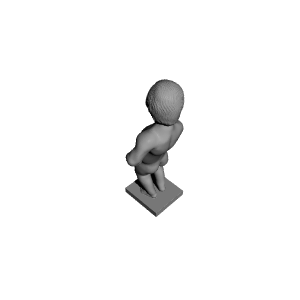