The original statue by Aristide Maillol was first exposed at the Autumn Salon in 1905 with a simple name “woman”. The title which it has today, Mediterranenan, has been given later.

Aristide Maillol was born in 1861 and started his artistic career as a painter. He then got closer to sculpting after his eyesight started worsening. Today, the sculpture is what he is most famous and most recognized for.

Starting from 1900 most of his work started being female focused and featuring mostly female bodies. This statue “La Mediterranee” along with two additional statues was commissioned by Count Harry Kessler.

The statue once again shows how Maillol decided to detach his style from the one of Rodin, here the simplicity is the real protagonist. 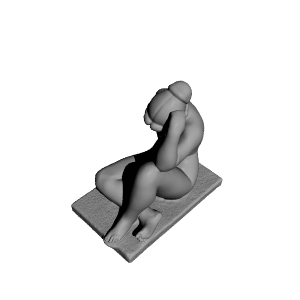 ×
1 collections where you can find Mediterranean 通过 Scan The World