Monument to Paul I in Gatchina

Monument to Paul I in Gatchina

Gatchina - the most southern imperial residence in the suburbs of St. Petersburg. Was founded on the site of the ancient Russian Selce; Basin Izhora. In 1734 it became the property of a prominent Seltso Ambassador Alexander Kurakina, whose descendants in 1765 sold it to Catherine II, who at the same time gave the Gatchina favorite Grigory Orlov.

Work to create an ensemble of Gatchina, begun in 1766, was completed as a whole in 1781. In 1783, after the death of Orlov in Gatchina a gift from the mother received the Tsarevich Paul Petrovich, the future Paul I. He was attracted to the work of Brenna, who reconstructing the castle as a residence heir, and then the emperor, expanded the front of the palace and continued to work on beautification of the park.

The transformation of an old settlement close to St Petersburg into one of the most romantic suburban ensembles began in the 1760s when Catherine II granted these lands to Grigory Orlov. Construction of the estate was directed by Antonio Rinaldi.

To Rinaldi's design Russia's first landscape park was laid out over an area of 170 hectares, centred on a huge hunting lodge. The project entailed the large-scale planting of oaks, firs, spruce, maple and other trees that enriched the meagre flora of Gatchina.
In 1783, after Orlov's death, Catherine gave Gatchina to her son Paul who, on becoming emperor, raised the estate to the status of a town and set about turning it into an example for the rest of the empire. The Gatchina palace was assigned the role of citadel. The lawn in front was turned into a parade-ground bounded by moats with drawbridges, while Orlov's elegant, poetic castle gradually acquired features of a real fortress. 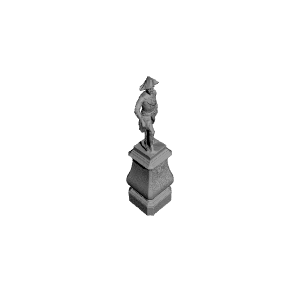