Psyche under the influence of the mystery at The Petit Palais, Paris

Psyche under the influence of the mystery at The Petit Palais, Paris

Hélène Bertaux, born Josephine Charlotte Hélène Pilate (Paris July 4, 1825 - Saint-Michel-de-Chavaignes April 20, 1909) was a sculptor and activist of women's rights during the second half of the nineteenth century . In the second half of the nineteenth century, especially in the field of art, women were often considered by male artists like inspiring muses and models but not as recognized as artists- with a few exceptions, such as Artemisia Gentileschi, painter of the seventeenth century or Rosa Bonheur, Contemporary Hélène Bertaux. At that time, the Academy of Fine Arts held negative stereotypes about their ability to produce quality works of art as they were still deeply rooted in society . Given the difficulties facing women who wanted to destine to sculpture, Hélène Bertaux decided to open a workshop of drawing and modeling in 1873 and a sculpture of school for women in 1880 .

She went on to create the Union of Women Painters and Sculptors in December 1881 which was soon recognized as an association of public utility, and became its first president until 1894.

She exhibited regularly at the annual Salon and received numerous commissions. In 1864, her work was finally recognized by her male peers as she received an order from a large pediment (The navigation) for the new facade of the Tuileries, followed in 1878 of a second gable to the court of the Carrousel du Louvre (La Legislation). The same year, she became incredibly very successful with her sculpture 'young daughter in the bath'. The dedication comes at the Paris Universal Exhibition of 1889 , where she received a first class gold medal for her Psycheplaster under the influence of the mystery .

In 1894, she left the Union of Women Painters and Sculptors, to devote herself entirely to her dream: to benefit the women of quality and free education of the National School of Fine Arts in Paris . Through its engagement and his determination, women were finally admitted in 1897 (fully in 1900) and participated in the contest prize of Rome from 1903. Alongside this struggle, she continued to carve, continuing to work at the Salon in 1900 (at age 75). 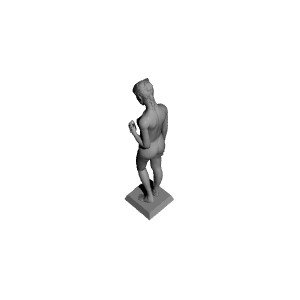 ×
1 collections where you can find Psyche under the influence of the mystery at The Petit Palais, Paris 通过 Scan The World