The Burke & James No. 3A Rexo was a folding bed camera for large postcard format roll film. It had a single extension bellows and a cast metal front standard frame which allowed vertical and horizontal shift movements of the front standard which was made of thick chrome-plated tin. The vertical shift adjustment had to be done with a chrome-plated lever on the lens standard, the horizontal adjustment with the knurled screw that fixed the lens standard frame on the slide. The whole slide/lens-standard unit had to be pulled out of the camera body onto the folding bed rails where it locked in place for infinity focusing. A knurl at the folding bed allowed to adjust focusing down to 6 feet. The two finger grips of the slide where also its unlock levers. 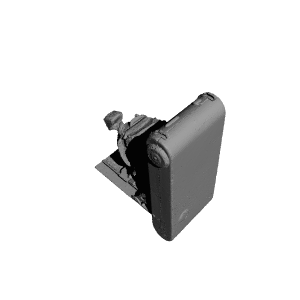 ×
0 collections where you can find Rexo Camera - open 通过 santacruzmah