This is the Rhino model from head to waist and is almost support-free (some support in the neck area).

Rhino is a fictional character, a supervillain who appears in comic books ublished by Marvel Comics.

This model is based on the original character from the comic series. He also made an appearance in a mecha suit in the film "The Amazing Spider-Man 2 (2014)". 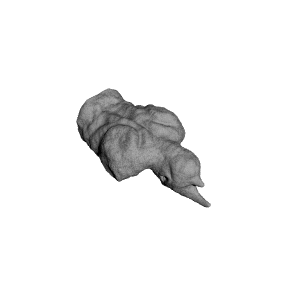