This statue of Athena can be attribted to an Attic workshop, dated to around 410 BC. The head was added in a restoration from the Renaissance, identified as being a Roman work of the second century, A.D.

By the figure's stance it could be said that this work was inspired by Myron's masterpiece, the Athena and Marsyas group. 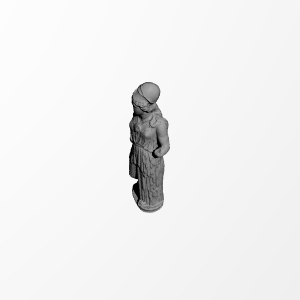