The Dying Slave is a sculpture by the Italian Renaissance artist Michelangelo. Created between 1513 and 1516, it was to serve with another figure, the Rebellious Slave, at the tomb of Pope Julius II. It is a marble figure 2.15 metres (7' 4") in height, and is held at the Louvre, Paris.

In 1976 the art historian Richard Fly wrote that it "suggests that moment when life capitulates before the relentless force of dead matter". However, in a recent scholarly volume entitled The Slave in European Art, Charles Robertson discusses the Dying Slave in the context of real slavery in Italy during the time of the Renaissance.

Thirteen reproductions of the Dying Slave adorn the top storey of the 12th arrondissement police station in Paris. Although Art Deco in style, the building was designed in 1991 by architects Manuel Núñez Yanowsky and Miriam Teitelbaum. 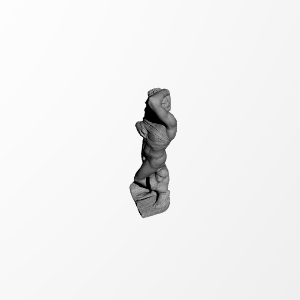