Like his father, Poseidon, he carried a trident. However, Triton's special attribute was a twisted conch shell, on which he blew like a trumpet to calm or raise the waves. Its sound was such a cacophony, that when loudly blown, it put the giants to flight, who imagined it to be the roar of a dark wild beast. 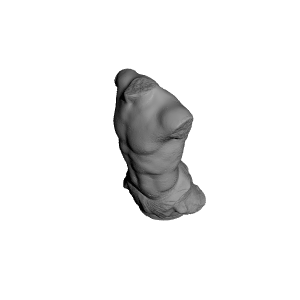