3D
Scan The World
1,071 views 64 downloads
Community Prints Add your picture
Be the first to share a picture of this printed object
0 comments

During the 1860s, he worked as a cabinetmaker in Frankfurt and Berlin. Thanks to a sponsorship from Friedrich Reinhold Kreutzwald, he travelled to Saint Petersburg where he was trained by Alexander Bock. He later studied at the Imperial Academy of Arts, and from 1870 to 1873 at the Academy of Fine Arts, Munich. From 1873 to 1890, he lived in Rome. 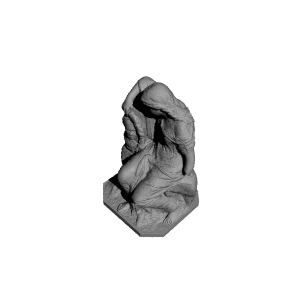