3D
Scan The World
2,725 views 150 downloads
2 collections
Community Prints Add your picture
Be the first to share a picture of this printed object
0 comments

Considering the time in which this piece was sculpted, one may suppose that the knight represented be a settler. Indeed, Santiago was founded in the 16th century my Spanish settlers: on the 12th of February 1541, Valdivia officially founded the city of Santiago del Nuevo Extremo in honor of St. James, patron saint of Spain, near the Huelén, renamed by the conqueror as "St. Lucia". 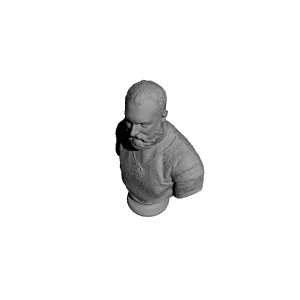