Bust of a Woman in a Medallion

3D
Scan The World
1,186 views 57 downloads
Community Prints Add your picture
Be the first to share a picture of this printed object
0 comments

Bust of a Woman in a Medallion

This bust of a woman dressed in the style of the sixteenth century was a companion piece to the other medallion which shows the bust of a man in classical attire. Both woul have been found on the cornerstones of the door 'with two faces'. This door, erected in 1539 by Louis Privat, gave access to the chapel of the Consistories which was built against the Archives Tower, now the Keep. The technique of adding a ring around the reliefs to increase their salience is also found on the friezes of Bournazel Castle. 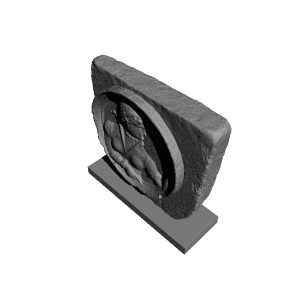