Bust of a Young Woman

3D
Scan The World
4,105 views 225 downloads
1 collection
Community Prints Add your picture
Be the first to share a picture of this printed object
0 comments

Bust of a Young Woman

Renaissance busts were seen as the beginning of naturalistic portraiture and were greatly admired in the late 19th century. At that time, the display of casts of these sculptures was highly fashionable. This is one of many casts that came to the V&A as part of an exchange with the Berlin Museum in the 1880s. It depicts an elegant young woman in 15th century dress.

Plaster cast of a portrait bust of a young woman, after the limestone original in the Bode-Museum, Berlin, late 15th century, cast about 1889. 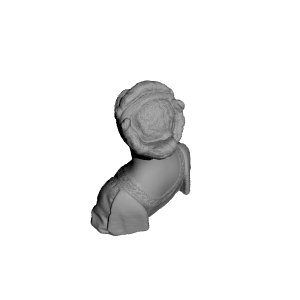