3D
360°
Scan The World
1,260 views 109 downloads
1 collection
Community Prints Add your picture
Be the first to share a picture of this printed object
1 comments

Mycerinus was an ancient Egyptian king (pharaoh) of the 4th dynasty during the Old Kingdom of Egypt, who reigned from around 2550-2530 B.C for between 18 and 22 years. Mycerinus became famous for his tomb, the Pyramid of Menkaure, at Giza and his beautiful statue triads, showing the king together with his wives Rekhetre and Khamerernebty (smallest of the three great pyramids).

Here, the king is gazing lightly upwards, and wearing the divine beard and royal nemes-headcloth with fragmentary ureaus and queue, his body powerfully proportioned.

This piece is carbed from Gneiss (chephren diorite), a beautifully patterned stone found in egypt and often used for artworks for or depicting a pharaoh. 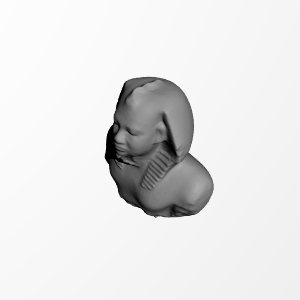 ×
1 collections where you can find Bust of Mycerinus von lcvfx