3D
Support Free Scan The World
1,285 views 42 downloads
Community Prints Add your picture
Be the first to share a picture of this printed object
0 comments

This capital is located in Saraçhane Parki in Istanbul , and was scanned on Friday 1st June 2018.  It was scanned in the context that it exists now, as a place to sit.

The, ‘capital’ would have originally formed the top of a pillar in St Polyeuktos Church somewhere between the years 330 and 1453, whilst the Constantipole was the capital of the Byzantine Empire.

At some point the church fell into ruins and many architectural elements were stolen and moved, accross Europe.

At some point, a mosque and houses were constructed above the site of the church ruins.

In 1964, the mosque and surrounding houses were demolished and the remains of the St Polyeuktos church were discovered. 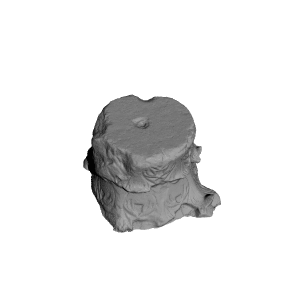