This plaster copy of the famous depiction of Venus originates from the Capitoline Museums (ORIG41), the original marble made in the 2nd Century BC.

This 'Capitoline Venus' is slightly over lifesize, an Antonine copy of a late Hellenistic sculpture that ultimately derives from Praxiteles. 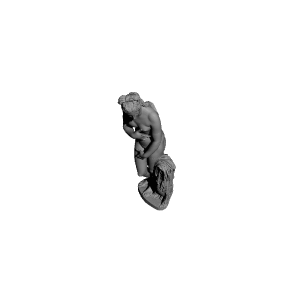