It is dedicated to Saint Sava, the founder of the Serbian Orthodox Church and an important figure in medieval Serbia. It is built on the Vračar plateau, on the location where his remains were burned in 1595. From its location, it dominates Belgrade's cityscape, and is perhaps the most monumental building in the city.

The original idea for the construction of the church dates to 1895, however, the works didn't begin until 1935, due to the Balkan and First World Wars. Construction was halted again during WWII and it did not resume until 1985. In 1999, the works stopped again during the NATO bombings of Belgrade. It was not until 2017 that the exterior was finally completed, and decoration of the interiors is currently undergoing. Architecturally, it is designed as a Greek cross. The total height is 82 m (269 ft), and the dome weights 4,000 tons (Wikipedia).

MiniWorld is excited to bring this charming model to life. This model also represents Serbia in our Russia 2018 FIFA World Cup Collection and was made from scratch by hand and brain in Autodesk Fusion 360, please give credit, it's all about spreading culture and education! 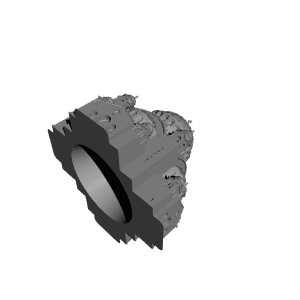