Cosimo I as Augustus

Cosimo I as Augustus

The Duke is portrayed here not as he really appeared, but with idealized features as Augustus, the Roman emperor from whom Cosimo I drew his inspiration. The shield bears an image of Capricorn, the zodiacal sign of Augusutus that Cosimo I had adopted. The statue was destined to occupy the space between the figures of Equity and Rigour, where since 1585 stands Giambologna's portrait statue of Cosimo I. 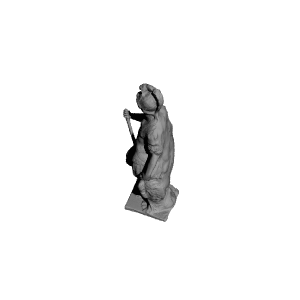 ×
1 collections where you can find Cosimo I as Augustus von Scan The World
×
Angel Spy
@Angel Spy
1
Printed on: Prusa i3 MK2 Kit
Material: PLA
Posted at: 08th March 2021

this was one of my first prints, around 20 cm height, used support , .2 mm layer, nice one