3D
Featured
9,963 views 601 downloads
7 collections
Community Prints Add your picture
Be the first to share a picture of this printed object
1 comments

Cosplay prop for D. Gray Man ( Crown Clown ) manga character. D. gray man ia a Japanese manga series telling the story of a boy named Allen Walker, a member of an organization of Exorcists that use an ancient substance called Innocence to combat the Millenium Earl and his demonic army of akuma.Become king of the clowns with this crown clown mask. With intricate details and a sleek design this mask will give your cosplay costume the edge it needs.

This Model was finished with acrylic paints. 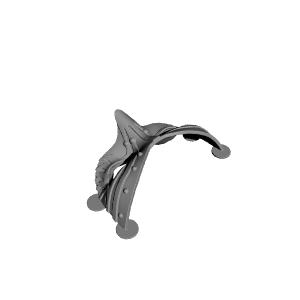 ×
7 collections where you can find Crown Clown Mask von alanstanford