Crying over the tomb of Philippe Pot-Grand Seneschal of Burgundy

Crying over the tomb of Philippe Pot-Grand Seneschal of Burgundy

Medieval tradition often included placing statues of mourners above the tombs of important people. This is one of eight near life-size mourners that stand above the tomb of Phillipe Pot. They carry his effigy towards his grave.

Philippe Pot was the grand steward of Burgundy. The mysterious shrouded figures weep over his tomb, mourning his passing. Phillipe Pot was a nobleman, military leader and diplomat, sent as ambassador to London in 1440. His tomb was commissioned under the reign of Louis XI between 1477 and 1480.

During the French Revolution, the tomb was stolen and positioned in a private gardens in mansions in Dijon in the 19th Century. 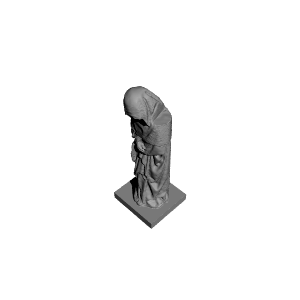