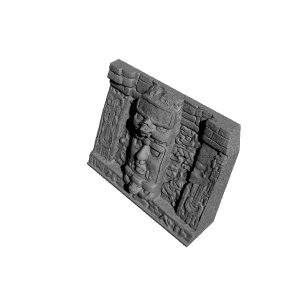 ×
1 collections where you can find Detail of The Temple of The Masks of Kohunlich [1] von Scan The World
×
left spin
@leftspin
1
Printed on: Prusa i3 MK3
Material: PLA
Posted at: 17th June 2021

I joined this scan to a Montini building brick (Lego compatible). The file is available here and on Thingiverse.