Emperor Seated On The Throne As Augustus

3D
360°
Scan The World
1,511 views 179 downloads
Community Prints Add your picture
Be the first to share a picture of this printed object
0 comments

Emperor Seated On The Throne As Augustus

A colossal statue portraying a roman emperor seated on a throne; It was found in Herculaneum in 1741. Made of marble, it can be dated to mid-1st century AD (41-54 AD).

The head was restored with the features of Augustus, crowned with an oak wreath and hanging cloth bandages. The man is not represented as young, but mature with deep wrinkles in his forehead.

Similar sculputres use this seated iconography in depictions of Zeus, and many other kings and emperors were displayed in this manner at the time. 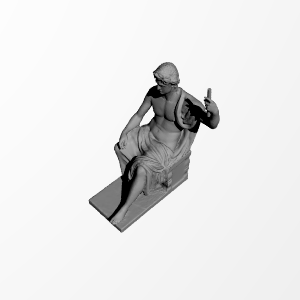