3D
Scan The World
1,667 views 94 downloads
Community Prints Add your picture
Be the first to share a picture of this printed object
0 comments

This is an Egyptian false door, built into the west wall of the tomb chapel, was the focal point of the cult of the deceased in ancient Egypt. This was the interface between the world of the living and the world of the dead, where visitors came to say prayers and deposit offerings for the spirit of the deceased, whose soul could pass through the door. The inscriptions on this door commemorate the priest Iryenakhet (year-ee-en-AH-ket), who is depicted seven times. The central niche is framed by two door jambs and a lintel in a composition ruled by symmetry. The normal direction of Egyptian writing was from right to left, with the hieroglyphs facing right, but here the hieroglyphs on the right jamb face left (as do the figures), toward the niche.

This object was scanned by the Minneapolis Institute of Art 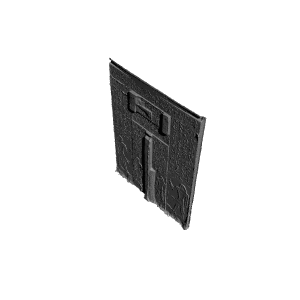 ×
0 collections where you can find False door von artsMIA