3D
360°
Featured Scan The World
1,190 views 142 downloads
Community Prints Add your picture
Be the first to share a picture of this printed object
0 comments

This headless seated male figure is identified as Dionysus owing to the strands of long hair that fall on its shoulders. He may have originally worn a garland of ivy. His Hellenistic style makes him a latter day version of the reclining Dionysus on the east pediment of the Parthenon.

He is called 'Farnese' after the Farnese collection to which he belonged - one of the most important antiquities collections i nRome. This collection has moved and today housed in Naples. 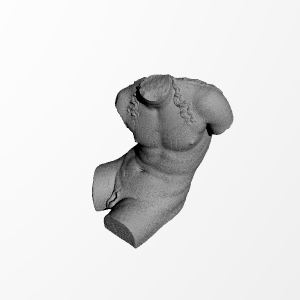