3D
Support Free Scan The World
1,970 views 82 downloads
Community Prints Add your picture
Be the first to share a picture of this printed object
0 comments

Sparta was a prominent city-state in ancient Greece. In antiquity the city-state was known as Lacedaemon, while the name Sparta referred to its main settlement on the banks of the Eurotas River in Laconia, in south-eastern Peloponnese. Around 650 BC, it rose to become the dominant military land-power in ancient Greece. This stele was most likely a funerary slab for a couple. 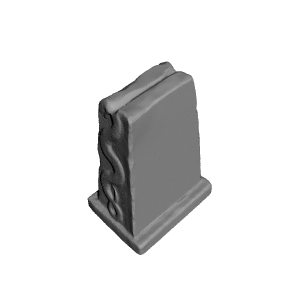