3D
Scan The World
1,347 views 78 downloads
Community Prints Add your picture
Be the first to share a picture of this printed object
0 comments

One of the twelve labours : slay the Nemean Lion

The Romans adapted the Greek hero's iconography and myths for their literature and art under the name Hercules. In later Western art and literature and in popular culture, Hercules is more commonly used than Heracles as the name of the hero. Hercules was a multifaceted figure with contradictory characteristics, which enabled later artists and writers to pick and choose how to represent him. This article provides an introduction to representations of Hercules in the later tradition. 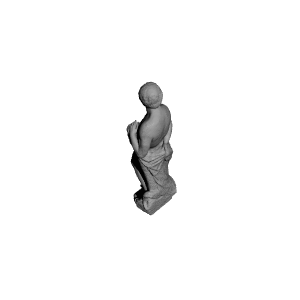 ×
0 collections where you can find Hercules von Scan The World